A Treat for Our Supporters!

So earlier this week, I put a call to action out. If we could reach $1,500 by Wednesday evening, that the contributors up to that point would receive an extra bonus on top of their amenities. By the end of the day we were $100 over that goal and so here's me making true to that deal. As a reward for the contributors thus far(providing I have your address and you tell me you want one), you're all receiving a copy of the final version of this poster!

The wonderfully talented and stunning artist/illustrator, Veronica LaPage (who also just happens to be my fiance), put together a few sketches for the film. The intent was to make one teaser poster, but we ended up with two and here's a bit about the process. 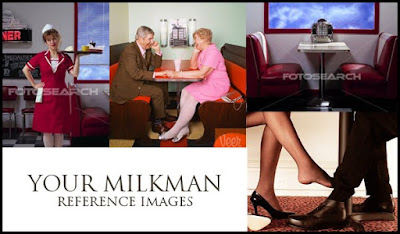 The original idea of the sketch called for three of the main characters in 'Your Milkman' in composition akin to a scene from the film. Peggy and Glenn would be totally fixated on one another, playing footsie under the booth while the waitress stood between them with their slices of pie. Veronica and I had collected a library of reference images to help make the sketching process a little easier on her. 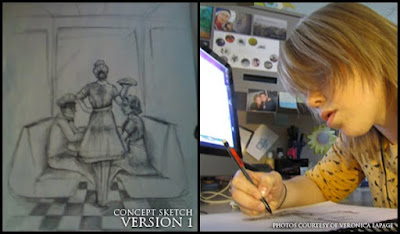 After several drafts of sketches, we realized that that composition wouldn't quite work. The waitress was blocking their flirtation and some of the layout just wasn't right. So we made a few notes and began the next draft. 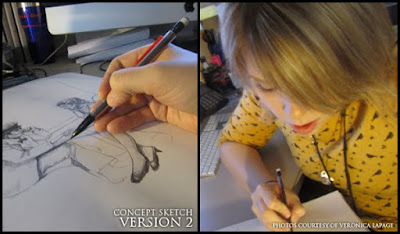 I knew I wanted the waitress and then the couple somehow included in the poster, so instead of compositing the two in, we broke the concept out into two separate ideas. The waitress with pie as one, and the milkman/housewife as the other. 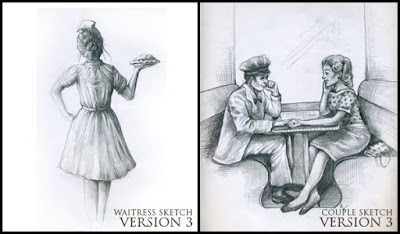 By the end of the week, Veronica had both sketches finished and cleaned up. I then laid out the pencil sketches into the 27" x 40" standard movie poster format. 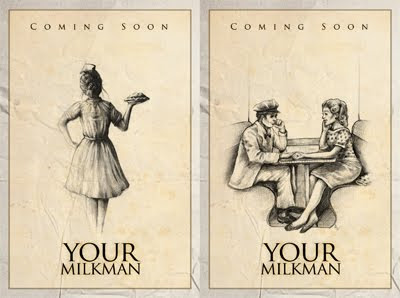 From that, I wanted to also see the illustration colorized in the vein of Rockwell, so I then did a colorization pass as a proof of concept. 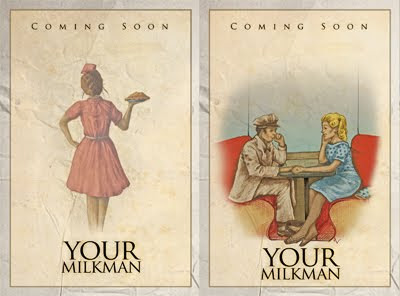 So there you have it folks, two sketches, four variations. Again, this is a rough sketch of the final comp, but the progress is far enough along that I could share it with you. I LOVE how they turned out, and cannot wait to keep the process going on it. Stay tuned, and be sure to contact me if you want one!

Also, if we can get up to $3,200 (double what the campaign is now), there's going to be another major surprise in store. So be sure to get that link out there and help us get this project made! :)
Posted by Daniel