'Your Milkman' Production Gets Name

I'm pleased to announce we're officially operating under 'Tinsel Pictures' for 'Your Milkman'. My UPM needed a production name for some paperwork this weekend and without investing too much brainpower, I came up with 'Tinsel Pictures'. It sounded like old Hollywood. Something familiar and nostaligc. Very akin to the framework of my thesis.

So I present to you the Tinsel Pictures logo: 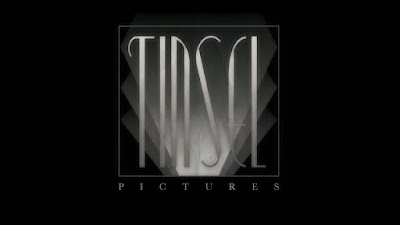 Our last post yielded a sneak peak of the name of our production team: Tinsel Pictures. Well, to kick of this week's update, I've got an animated logo head that I made. Without further adieu:

So it's been quite awhile since we've done a production update. A LOT has happened, and here's the rundown.

First, our IndieGoGo campaign is over. I want to personally thank everyone who helped contribute and put the link out there for people to see. We had a fantastic response and we ended up raising $2,055!

You guys all made that part of the funding possible and I am truly humbled by your support for this little project of ours.

So you might be saying to yourself "Gee, he was asking for $9,000. How is this film going to get made?" Well allow me to explain. Several months ago, I approached Eric Kessler of Kessler Crane about donating a gift certificate towards the campaign as sort of an incentive to get individuals to help promote it. He came to me a few days later with an even better proposal. If we produced a weekly web series following the course of production from our very first production meeting, all the way through post production, he would help with the rest of the funding needed to pull off the project.

Last week, we made it official and now his site, Kessler University will be exclusively showing our production diaries on a weekly basis all the way through the film's creation. We're all ecstatic and honored to be a part of the Kessler U site, which is becoming an incredible resource for indie filmmakers to go to and learn from. 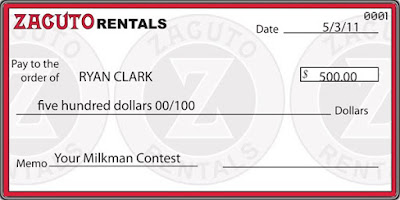 So to round out all of the campaign details, I'm pleased to announce that Ryan Clark has won the Zacuto Rentals $500 gift certificate for linking the most people to the site. Ryan, I'll be e-mailing you shortly with the details! Congratulations!

As a side note to the contributors of this project, the incentives will be coming out as production moves forward. Obviously some will take longer than others (such as those receiving a DVD) so please be patient and if there are any questions or concerns with those details, e-mail me directly.

Let's move on to crew details. So at this point, we've locked in the major players. The only roles we're looking to fill are the script supervisor and some of the minor crew positions. Since our last update, we've brought on Tom Kenyon as our Location Manager and Mei Mei Lam as our Production Designer. We are thrilled to have both of you on board. Your talents and enthusiasm are infectious and we're looking forward to making this happen with the two of you.

Lastly, our production date has been pushed back to July now. It was just too impossible to pull off by the end of this month and giving us the extra few weeks to prepare has been welcomed by everyone. We all felt that pushing it back would only make the project that much better. So a minor delay, but a major relief of stress for all departments on this production.

That should pretty much get us up to speed on the major details. We'll be doing a weekly post along with the release of the show on the Kessler U site. Stay tuned for that!
Posted by Daniel No comments: