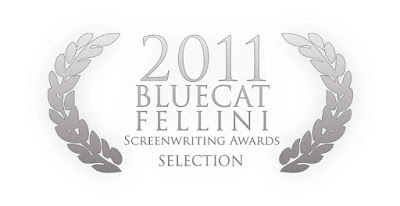 On a whim, I received an e-mail about the BlueCat Fellini Awards’ Screenplay Competition in December and decided to enter. Well, several weeks passed and finally last week we received feedback from two of the judges. Based on what they said about the film and the scores we received, I think we’ve got a great chance at the prize.

In other news, the project is starting to receive a bit of press. This weekend, filmmaker social networking site, CineFile selected myself and the project as one of three projects in their Digital Filmmaker Roundup: Volume 1.

Lastly, we’re beginning the initial production paperwork. Script breakdowns, detailed budgeting and all of the essential stuff needed to make this project to happen. Would you be interested in seeing that stuff? I’m not REALLY keen on posting budgeting numbers publicly, but if I was a potential contributor, I could see how potential contributors would want to see where their money is going and could sway their decision to toss donations into the pot.