A Unique Look at Uniqueness in Filmmaking 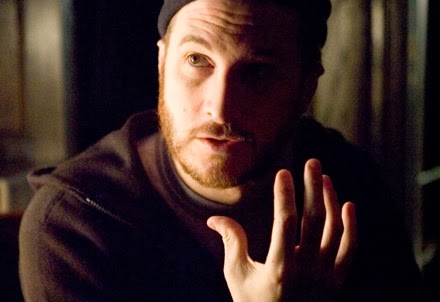 Nelson Carvajal, a fellow Chicago native, filmophile and insightful writer over at IndieWire shared a video essay with me today about Aronofsky that really got me thinking.  There are a lot of good filmmakers out there today but few great ones.  I'd put Darren Aronofsky on the short list of great ones next to Paul Thomas Anderson, David Fincher, and the Coen brothers who all skate that fine line between unique, envelop-pushing auteurship and commercial success— but how are they all doing it differently?  My gut tells me they're not.

In this wake of the passing of Philip Seymour Hoffman, a torrent of great material surfaced in interviews with the man, and many critics have turned toward retrospective analyses on the state of the film industry today and how people like Hoffman have changed that landscape and redefined what a "movie star" actually means.

Something that came across my newsfeed was an interview from Hoffman (which I can't seem to find anywhere on the world wide web) saying that great art is about speaking in the macro, but telling your story in the micro.  Essentially speaking containing a large message within an intimate story about a single character or collection of characters in a given circumstance.  Arguably all of these greats do that.  They intimately examine and peel back the layers of these simply fascinating characters and give you a pervasively close look at who we are as a society.

Now getting back to Carvajal's essay: the topic has come up before with my fellow film geeks about how unique Aronofsky's films are from one another.  But I think it boils down to that old adage about how every storyteller (or filmmaker in this case) tells the same story over and over again.  Arguably, I think that, while Aronofsky's films may be different on the surface in the intellectualized, resulted sense, they're emotionally telling the same story.  I've got to give credit to Mr. Carvajal for sparking that insight, as before this essay, I was just in the same boat as everyone else on the argument.

I would love to see a similar analysis done on Danny Boyle, as I've heard similar discussions arise from his storytelling.  Without further adieu, read the article here first, and then watch the essay.