Unifying and Dissonant Cuts: Guiding or Misguiding The Human Eye

Something I've noticed, but not seen much written about in editing theory is the use and abuse of what I call unified cuts.  I often talk of saccade patterns and their role in editing and viewing films.  For those who haven't heard of such things, a saccade is the physical movement of the eye from one location to another.  You look in the upper right corner of the screen because that's where the actor is, and on the next cut, another actor is on the lower left part of the screen.  Your eyes saccade from far right to far left and both a physical and subconscious emotion is associated with that "request" of a viewer.

A heavy saccade is more strenuous on the eye and subconsciously dictates an overall more negative disposition toward the content; whereas little to no saccade movement is less taxing upon the viewer's physical state and therefore subconsciously communicates a more pleasing and unifying disposition—  not to mention a lessening in the affect of a visible cut. 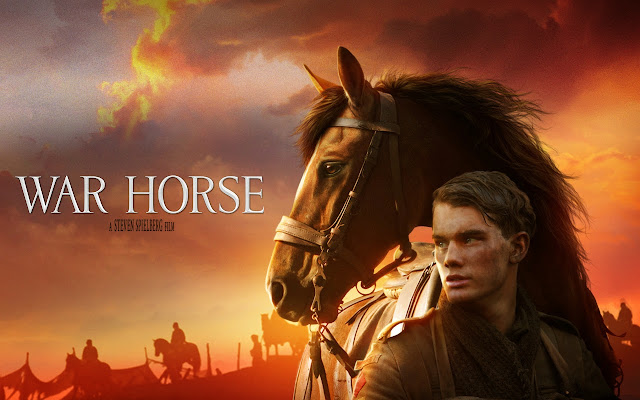 In the opening sequences of War Horse, as the protagonist begins to relate with the horse, their cuts are unified (i.e. where the boy is geographically on screen, the horse will be in the relative same third to quarter in the composition in the proceeding cut), whereas when the story unfolds and conflict builds, the cuts become more dissonant creating a subtension that may not otherwise be identifiable.

The concept has been in the back of my mind since I've began ToneCutting films, but I have yet to come across a filmmaker or editor who discusses this idea and outright uses it as a guideline for editing.  Perhaps the concept is felt more than called out and when you see the edit it just "feels right" and doesn't need any explanation beyond that.

I'd find it hard to believe that filmmakers consistently think that far ahead into the framing and blocking of a shot, anticipating how those shots will cut together later and how they intend for those unifying and dissonant cuts to affect their viewer, but perhaps they do.

More often than not for me though, it simply happens to work out that way.  At least, I try to make those cuts happen when it serves the story.  It's a hinge and you're most likely going to have at least a batch of your shots be on one side of the frame or the other so you're already part of the way there in achieving less visible cuts.  And if they do clash, compositionally there's usually something in the negative space that helps "soften the blow" of guiding your eye toward something else, assuming you've got a good set designer who takes framing into consideration.

I know as I cut projects with a director or a client, I'll speak in terms of 'guiding the eye' of the viewer and how in my opinion a certain cut works or doesn't work— most of the time, they simply nod their head in understanding but aren't truly registering the dramatic implications of this practice.  It can sway the viewer subconsciously and affect their overall perception of the characters and the story.  For me, this concept is as rudimentary and important as understanding the Kuleshov effect or action matching.  It's a basic tool that an editor should understand and put into practice if they want to truly understand their craft.