More Love From The Margins 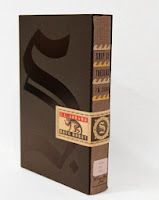 In an article I wrote over a year and a half ago, titled From Margin to Imagination, I discussed my love for the sidebar conversations and notations that come about in used books.  There's a tale that is spawned in my mind every time I come across one.

Apparently J.J. Abrams has a similar love for such things (Bad Robot's headquarters is even labeled on the outside as "The National Typewriter Company").  In his newly-published novel, S.,  The printed story is a mystery complicated further by a more meatier story in the margins between an undergrad and a university-shunned grad student. 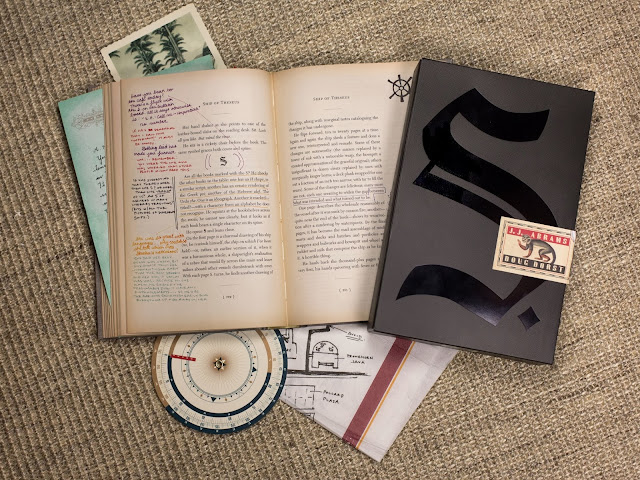 Only a quarter of the way through, I can say I've enjoyed the experience, although slightly difficult to sift through if you attempt to follow both stories at the same time, but well worth it once the momentum picks up.

The dual story is shrouded in brilliant packaging and presentation designed to look, smell and feel like an old library book that these two students happen to be sharing.

This is Abrams' love letter to the printed word and truly emphasizes Marshall McLuhan's idea that "The medium is the message."


A trailer was released several months ago for the book, which shows a man washing to shore in an oddly-claustrophobic pool of light on the beach in an otherwise black night.  In Abrams' fashion, there was little explanation for the trailer and left people wondering if it were a new film coming from the Mystery Box team, perhaps even a teaser for the new Star Wars Episode VII.


Later, a little more came out and a more realized trailer was released:


I could see Abrams' S. not being a book for everyone.  Older generations who aren't as conditioned to extreme saccading and multitasking that younger internet-savvy generations are, might find this a difficult read.  With that said, it has been an extremely engaging and unique experience and I look forward to finding more time in the coming weeks to make my way through the rest of the book.
Posted by Daniel