Y, Oh Why Does Nostalgia Matter?

So this is one story I've really been looking forward to writing about. I stumbled across a New York Times article a few weeks ago from 2009 about my generation (Generation Y) and our apparent fascination with nostalgia.

You can read the article in full here, but to give you the jist of it, the article claims that Generation Y is overly-nostalgic, and at an earlier age than any generation previous to ours. Their argument was attributed to the terrorist attacks of 9/11. The article then explains that a similar surge occurred with the generation that grew up around the JFK assassination and explains why George Lucas' American Graffiti was received so well with them. Whether or not that is the root of our yearning to remember the past is really a moot point.

I argue that we're not any more nostalgic than previous generations, but simply, our fancied items of nostalgia are now 100% accessible to us through the internet. Where previous generations could only rely upon memory to cling to nostalgia, our generation can simply type in anything our heart desires on Youtube and relive it exactly as it was. The internet in this regard, has become a catalog of culture and an ever-growing trail of breadcrumbs by humanity.

If I want to look up a commercial about one of my favorite drinks as a kid, Ecto Cooler, I can. I can watch it and suddenly my subconscious ignites the comforting feelings I hold associated between the drink and summer, swimming, camping and riding bikes. Who doesn't want to occasionally think about that? It's a memory jog that transports you to a moment that then sparks a flood of emotions and leaves you longing for more. It sounds like a bit of a narcotic, really, but it's a commonality we all share to some degree. It's human nature to use techniques of escapism. We vacation to clear our minds of the here and now, we go to class reunions to catch up with old friends and re-live memories from school, and we watch movies and read books in order to spend a few hours in someone else's shoes. Nostalgia is what we do to review our lives and gain further appreciation for one's life. Even if you're 100% happy with your life at this very moment, there are still those objects, events, songs, activities and cultural experiences we all shared growing up that serve as an avenue toward a type of happiness you may not even have access to anymore. With the most powerful forms of nostalgia, not only are you experiencing it by reliving it, but the experience is often common enough that it can be shared by everyone in your age group. 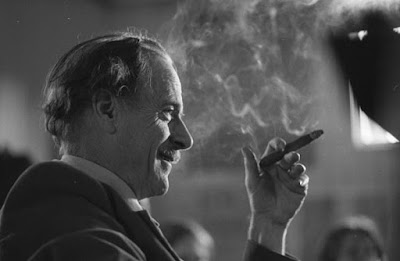 Shortly after finding the NY Times article, Roger Ebert posted an article titled "Clinging To The Rear View Mirror" that is also pretty pertinent to this discussion. Ebert discusses an interview he found from famed media theorist Marshall McLuhan (conducted by Playboy no less) that discusses our frame of reference to the world. He quotes McLuhan who said:

"Man is only consciously aware of the environment that has preceded it; in other words, an environment becomes fully visible only when it has been superseded by a new environment; thus we are always one step behind in our view of the world."

That statement to me, defines the framework of nostalgia. As every generation develops their own unique cultural experiences and events, they can only truly appreciate them for what they were, not what they are. It's the same reason that humans are mentally incapable of fully psycho-analyzing themselves without creating some sort of bias. It requires perspective to see the whole picture and the only way to do that is examine it in retrospective, because not only is the environment different, you are different as well. I don't think you could listen to the radio right now and say "this is going to be considered an oldie, and one of the most defining songs of our generation," because you just can't tell what's going to be picked up in the long-term cultural strata.

In McLuhan's quote, he specifically uses the word "visible", which I find interesting. He implies that there is an invisible value towards everything that can only reveal itself after the cultural environment has changed. There's always a lag. In that lag, certain things fall out of memory, but the things that stick around in the cultural strata have a sudden increase in nostalgic value. I would argue, and I think McLuhan would have too, that these items are likely still in the strata because they become icons of an era in the same way that my Ecto cooler commercial became an icon of not just mine, but a majority of my generation's childhood. It wasn't important to my life by any means, other than it was a simple pleasure of childhood; just a treat on those hot summer days. It wasn't until it was gone and I had grown up that I appreciated it and it gained value to me. Its label, the color of it, the fact that it came in an aluminum can and required mom or dad to open it with a church key in order to drink the liquid ambrosia. It was unique. In retrospect, it served as a positive linking chain between several of my favorite childhood memories and likely did that for the rest of my generation as well (to those with mothers who let them drink it, anyway). If Generation Y is actually more nostalgic than previous generations, then consider me a major instigator of that culture. But I argue that capitalizing on the nostalgics is an important way of providing a deeper more enriching experience for your audience.

Oldies stay hits because, not only do they remind you of events in your past, but more importantly they also do the same for everyone else. Obviously not every song from years past is going to give you that feel, but based off of McLuhan's statement and my argument, the ones that will achieve 'oldies' status are the ones that spark a web of memories across a multitude of people.

I recognize these ideas are a bit abstract, especially linking the two articles together, but let's bring this back down to why this is relevant and apply it to my thesis. This whole concept behind the importance of nostalgia really falls under the umbrella of maybe four major pillars of my thesis. Nostalgia, child wonderment, folklore/fairy tale, and socio/cultural constants all act as tools to achieve the same result. A deeply-rooted bond between the art and the audience.

For the sake of time and wordiness with this article, I'm just going to focus on nostalgia for now, but you'll start to see how all of these are important. In a story that employs any of these four tools, there is not only a personal bond generated, but also a cross-relational bond from individual to individual, allowing the masses to connect and respond as one grand audience. And as most of the old guards of film will tell you, films are best viewed as a public experience, rather than a private. I would argue that it's for that reason.

I went to a screening last night of the Criterion archive's 35mm print of The Day The Earth Stood Still. I tried watching the beginning of that film once before on my own and I couldn't get into it, but the whole experience of it was enchanting seeing it in a theater with a captive audience. People were snickering together in small pockets across the theater, which in turn would make us laugh a little. It was as if the snickering gave us permission, a social cue, to laugh and enjoy it as well. It's a form of reaffirmation that you are understanding the film, in the same way it's as comforting to someone when they are speaking to you. The screening showed part of a dramatic serial and an old Tex Avery cartoon before hand and I think that alone got the audience in the right mindset of the film. It was a shared bond between the collective audience. I loved the whole experience, not only for the appreciation of the film, but appreciation for the situation. It was nostalgic for something I didn't grow up with but could still appreciate it, and that was amplified by sharing the film with a group of people and all giving one another permission to enjoy it. This enjoyment, in contrast with my original perception of the film watching it on my own, just reinforces that train of though. It really was appreciating the culture of it all, and the importance of sharing that experience with a group of people.


All of the great films arguably tap deep into the bones and bowels of humanity and really affect the audience to the core. I don't think nostalgia is the only way to achieve this, but I DO think it is a very effective way. Let me use a simple example here by examining the genius of Family Guy. Seth Macfarlane is guilty to the Nth degree of practicing this idea. The general shtick of the show relies on obscure cultural references that are not only humorous, but allow the audience to engage the material on a deeper level. I carefully say 'cultural references', NOT 'pop cultural references', because even though a majority of their jokes float on viewers' knowledge of pop culture, they aren't necessarily responsible for every joke on the show. For example, the joke of Peter and Lois occasionally falling down and skinning their knees and gasping in pain is one of those popular gags. Everyone has at one time fallen down and skinned their knee and some how the gasping and rocking back and forth makes it feel a little bit better. It's easily relatable and you can instantly bond with the material. Where a simple act of physical comedy might have been funny just on its own, it's now relatably funny because it's one of those little quirks in humanity that we all have done and provides a deeper connection between the audience and the material.

Now let me flip this on its head and get incredibly meta here. By a popular show, like Family Guy, uniquely tapping into those universal behaviors and making a joke out of it, it is suddenly pop culture. Once the joke is seen and is repeated, it becomes intratextual, in that it references itself, and it's funny not necessarily because it's a human behavior, but because we've all seen it before and it's something we all share. So pop culture can feed itself and work upon itself, but it's those types of connections with the audience that suddenly take a film, show, piece of art... whatever... to the next level to be recognized as something more timeless and relatable.

Again, I recognize how abstract the idea is, and it may sound a bit silly, but I think it's one of those tools that has been in practice since humanity's interest in entertainment. Somehow it has remained unlabeled and unexamined. To me, it's certainly a concept worth looking at when studying the canon of popular entertainment.
Posted by Daniel