Since about the turn of the year I've been on a reading spree, knocking out a book every week or two. I wish I had this much motivation in college, it's definitely helping me hone the craft more and figure out what kind of stories I want to tell.

When Stephen Goldblatt, ASC was in town for our taping of FilmFellas last year, he told me that if there were any books that any aspiring filmmaker should read, Walter Murch's In The Blink of An Eye, Karel Reisz' Techniques on Film Editing, and Sidney Lumet's Making Movies would be at the top of his list. I read Making Movies and finally decided to pick up In The Blink of An Eye. 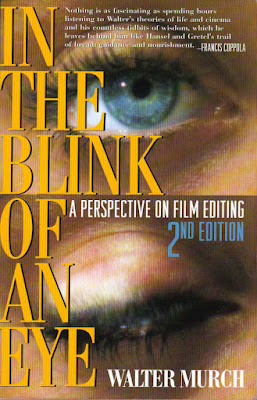 Not only is it an incredibly fast read, it's packed with philosophies on editing and storytelling that I'd never heard before. And I suppose in my current state, editing is my primary mainstay. So understanding that side of the craft better will certainly help me.

What I found though, was that I was already practicing most of these techniques without realizing it. Murch proposes a hierarchy of six rules to cut by. These are:
1) Emotion
2) Story
3) Rhythm
4) Eye-trace
5) Two-dimensional plane of Screen
6) Three-dimensional space of action

This is a great framework to start with for new editors. Along with that hierarchy, he discusses rhythm.

Murch would verify his rhythm by watching his cut over and over again and stop it where he felt the cut should happen. If it matched his initial mark for the cut, he would leave it. If it was off by a frame or two, he would rework the cut until it felt right and invisible. It was refreshing to read that strategy is used by someone so prestigious, because that's how I judge my cuts as well. I'll basically give every cut two or three watches and make sure it feels right. If the performance, story and action all line up, it's a perfect cut and there's no better feeling in editing than that. This brought me to another point that I wish was covered more in the book; intuition and relying on emotion.

A big part of editing is not only drawing out emotion from an edit, but GIVING it your emotion WHILE you're editing. Although I don't necessarily know all of the formalities of editing, I rely a LOT on what FEELS right. I have learned to listen to my intuition on what feels right for the pacing of a particular project. I've learned this simply by doing, and was refreshed to hear Murch allude to it when he talked about the emotion behind "putting your body into the edit". 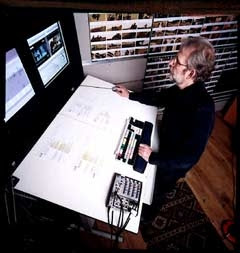 One of the biggest challenges for analog flatbed editors to go digital is that they're going from a process that requires motion from your whole body to put a film together; a graceful dance that requires measuring strips of 35mm celluloid with armlengths, physically grabbing a strip of the work print from a drawer, bringing it over to the table, and adhering it to the previous piece of celluloid, to a very mechanical and rigid process that requires very little physical motion. You're sitting, facing a screen and the only thing that moves are your hands to select key commands and scoot the mouse around.

Murch was no different in his difficulties adjusting, and when Murch went digital, he HAD to ween himself into it by forcing himself to stand while editing. He raised the monitors and keyboard up so it would give him at least the same stance as a flatbed. That's something I can definitely appreciate. Having precise kinetic memory of feeling out film timing simply by handling strips of film and deciding the cutting point just by looking at it requires skill. It's that kind of organic motion that really is putting your heart and soul into every cut. 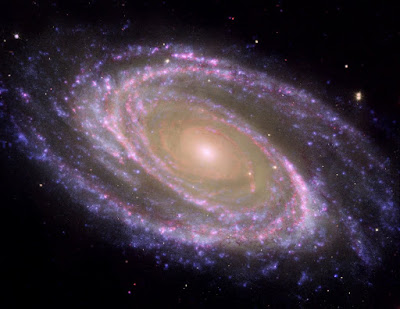 Another gem from the book are Murch's thoughts on why editing works (which he explains mimics the blinking of an eye), and a proposed theory of his, in a chapter titled "A Galaxy of Winking Dots". He proposes a research experiment that monitors blinking patterns of an audience watching a film by using the infrared signal from nightvision of a camera which would render a galaxy of glowing eyes in a sea of darkness. He hypothesizes that if an audience's blinks are intermittent and out of sync, that people aren't truly fixated on the film. If they ARE blinking in a pattern, it means they are fully engaged with a film and that everyone is on a similar wavelength of brain activity.

I did some research of my own afterwards to see if Murch's study had been performed. Not finding much on my own, I contacted Tim Smith who, if you remember from a previous blog post, was one of the masterminds behind the DIEM project that performed the There Will Be Blood study with David Bordwell. He was very familiar with Murch's theory and referenced me to several studies that he and his colleagues had performed. One of which attempted to create Murch's experiment. They found that there was no notable pattern in blinking (with only a success rate of 1.2%). With that said, Smith clarified with this:

However, Murch may be on to something as subsequent studies have found a relationship between blinks and event boundaries: the perceived end of one human action and the beginning of another. Such boundaries often occur at the end of scenes or during changes in action within a scene.

I found that very interesting and would like to take the time to thank Tim Smith for sharing such fascinating research. If you're interested in reading the original studies, I'll provide the citations and links he gave me at the bottom of this article.

I've by no means mastered editing, but in cutting hours upon hours of material for narrative, documentary and marketing/commercial work, I've definitely learned a few things. Walter Murch draws out beautifully in his book the joys and disciplines of the craft from his personal experiences and serves as a great pillar of reference for those interested in the craft.


If you're interested in the links provided by Tim Smith, here they are: